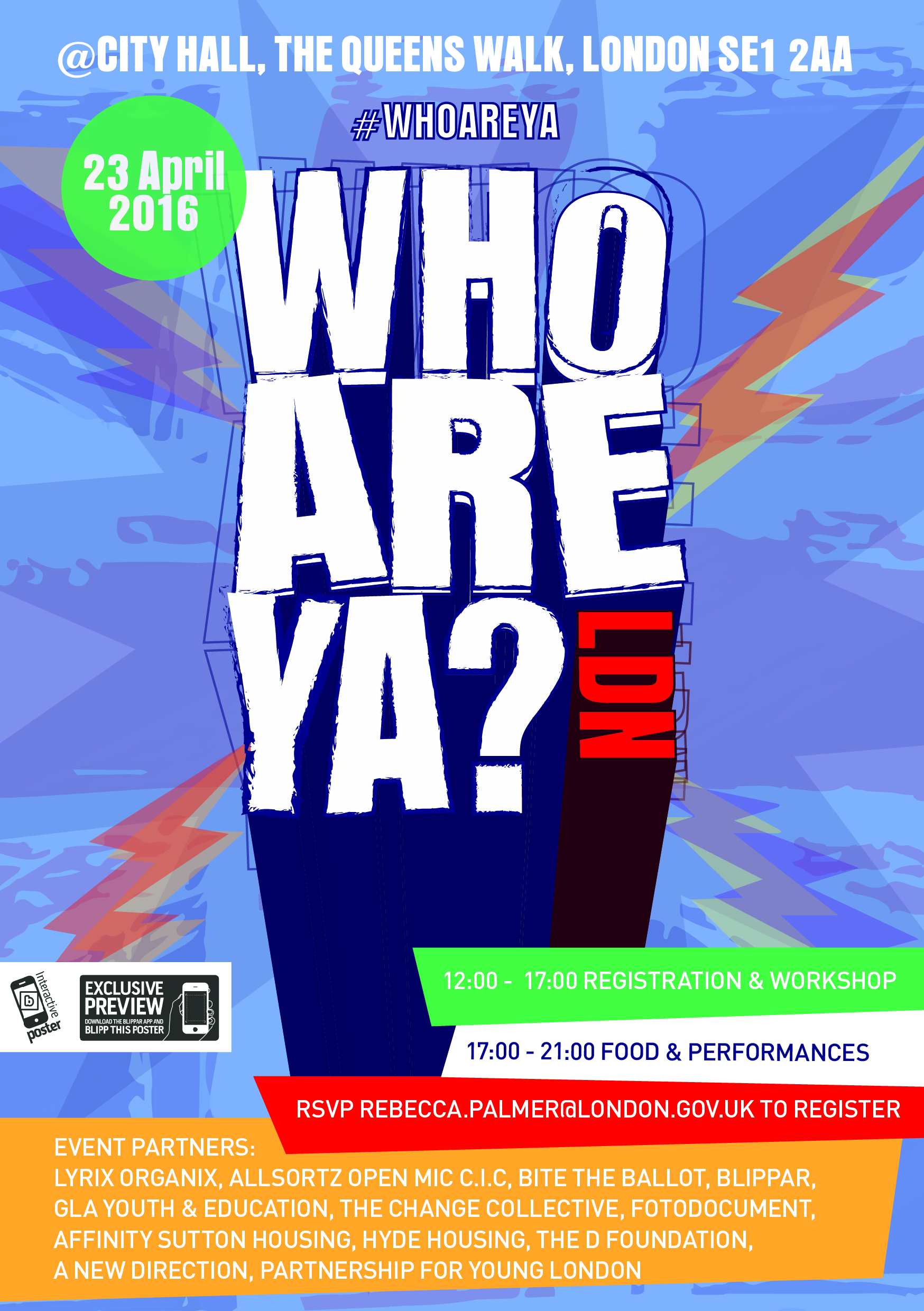 Lyrix Organix has worked with GLA’s (Mayor of London) Education and Youth Team for over 5 years. We deliver projects closely with the Peer Outreach Workers (POWs) – a department that sits within local government run by young Londoners, for young Londoners.

In 2013 Hollywood stars Will Smith and Jaden Smith made a surprise visit to City Hall to see the work created by young people in Lyrix Organix workshops.

In 2014 we mentored the POWs to design, promote and deliver their own festival, Carnival Xtra, at Queen Elizabeth Olympic Park. It featured 3 music stages within the one-day Great British Carnival. Over 60,000 people attended. The POWs received Arts Award accreditation with training in brand development, marketing and event management.

In 2016 Lyrix Organix worked with the POWs to create a one day youth-led takeover of City Hall. The event opened the spaces of the iconic building to young Londoners with workshops, talks, stalls and live music. We also delivered a spoken word workshop with Dean Atta, which culminated in a moving performance by the young participants in the Living Room.