27 May ‘STAGES AND SONNETS: THE BIG SHOW’ BY LYRIX ORGANIX (SONNETS FOR AFRICA BLOG – PART 4)

Posted at 10:20h in Uncategorised by Dan Tsu
0 Likes
Share

Group Piece – by Sonnets for Africa participants
I am clay moulded by endless time. I
am as infinite as the words I flow
out as the source of truth, the mouth of right.
I am a river of rhythm and hope
Yet another one in search of ‘the words’.
I am Horn of Africa’s dream driver
call me real; I am a drop of my word
I am banks meandering the river
I am sorrow longing for tomorrow
I am from a land ruled by toxic leads
a pile of sand by the shore of the Nile
I am first and last of a dying breed
I will be fire to resemble youth,
Incarnated proof that our dreams are truth.

Stages and Sonnets: The Big Show

Lyrix Organix, Facilitator
As we glanced up at the soaring elevator in Corinithia Hotel’s stylish 7 star lobby, the penny began to drop. This was huge. 400 years since Shakespeare. 10 days of workshops. 28 voices. And the four of us. We were about to reach one collective crescendo.

The sun beat it’s 50 degree drum outside, whilst ‘Team 4D’ (Deanna Rodger, Dan Boyden, David ‘Fitzy’ Fitzpatrick and myself) busily made final preparations for the ‘Sonnets for Africa’ show. Lighting cues were being translated into Arabic for the technicians. Stage teams laid snakeskin carpet on the stage. Bright lights blinked, microphones tested. As our group of young artists trickled in, the enormity of the task ahead started to dawn on us. 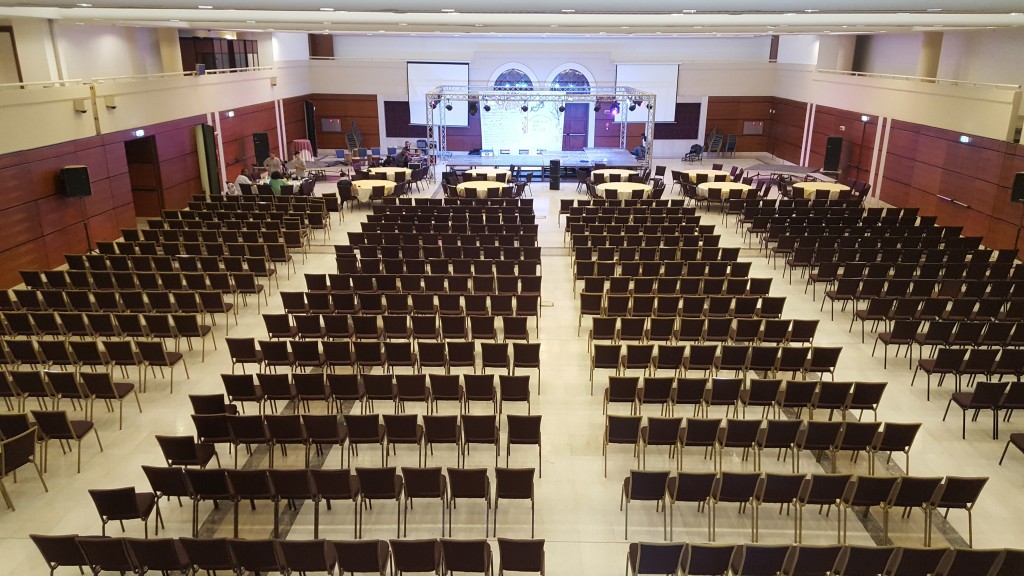 It is both an incredible and challenging prospect to deliver a major cultural event in Sudan – let alone in multiple languages (Arabic, Amharic, English). We had already been special guests on Capital Radio 91.6FM, visited a school in Khartoum and, a few days earlier, I was invited to deliver an Event Management lecture for 100 cultural figures and artists at DAL Group’s prestigious DAL Excellence Centre. Tales of Lyrix Organix’s history, conceptual live events and Glastonbury Festival were incredibly well received and sparked a fascinating dialogue about the complex issues faced by Sudanese event makers. 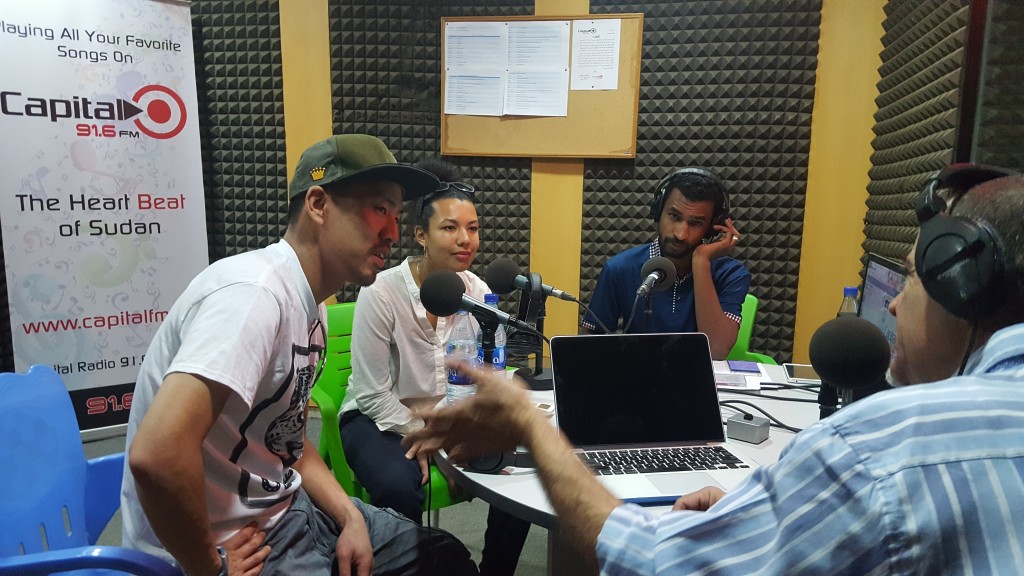 Two key themes emerged. Firstly, the everyday problems of commitment and career aspirations in Sudan’s cultural sector; symptomatic of a political regime that has remained since 1993. Simply put, permits were hard to secure and there are few prospects for creative entrepreneurs without external support. Secondly, live events in Sudan are consistently held back by lack of trained sound engineers. Clearly there is a link between these two challenges. The potential to empower artists, entrepreneurs and technicians with professional training offers some exciting possibilities for the future of arts and live events in Sudan. Suddenly it seemed that not only the ‘Sonnets for Africa’ programme – but the event itself – could ignite a small ripple of change with its creative ambition. Khartoum may never have seen a show like this before.

As the house lights dimmed, the 28-deep collective of young artists from Sudan, South Sudan and Ethiopia strode into the grand hall. Silent, smiling and confident they exuded an air that something special was to unfold. The 800+ audience buzzed with anticipation. Three different stages (one main, flanked by two mini stages) lay in wait. Days before we spent a sleepless, sweltering Sudanese night, mapping out the complex running order on place cards. They were spread the length of the balcony floor, under the stars. Now the stars were to come alive. 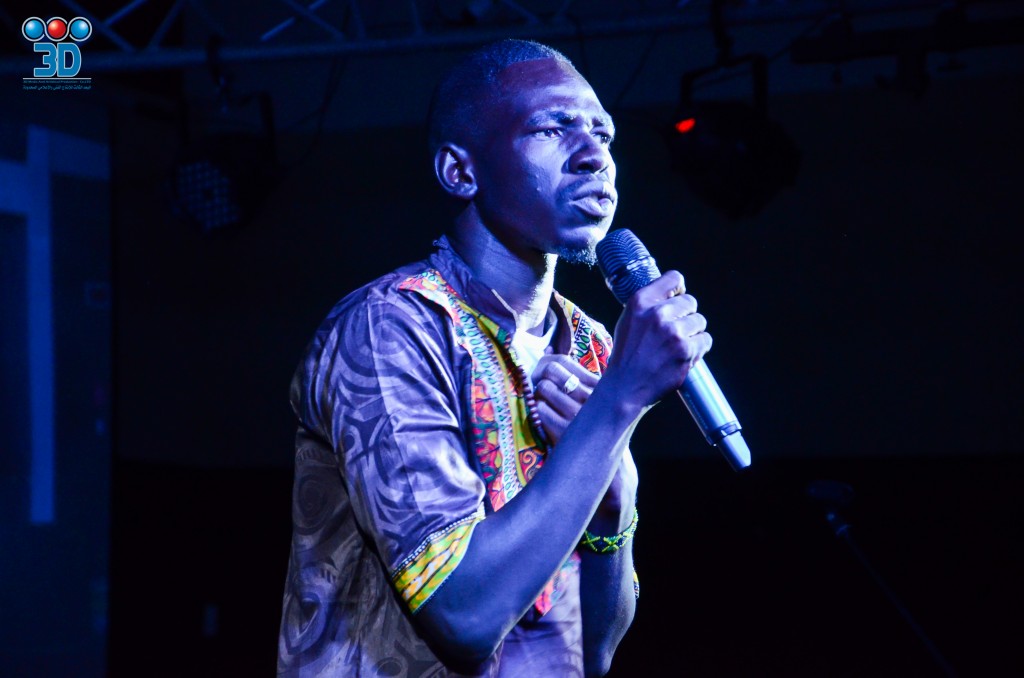 From the first word – a stirring group performance of Shakespeare’s Sonnet 17 presented in Arabic, Amharic and English – through to the last breath, the show twisted and turned, echoing the Blue Nile that lay just a stone throw away. It ebbed, it flowed. Performers popped up across multiple stages. The audience was constantly left guessing. The ‘fourth wall’ (the invisible boundary between artist and audience) was shattered several times with the artists performing from balconies, side stages, jumping off stage and even within the crowd. It was a fully immersive spectacle.

All the young artists delivered deeply personal, self-penned solo sonnets inspired by Shakespeare; woven together by rousing group performances that spanned poetry, hip hop, traditional song and theatre. A compelling narrative thread that proudly displayed the culture, identity and heritage of these incredible talents from across the Horn of Africa. Countries with complex histories, reimagined and united by a new generation of visionaries. 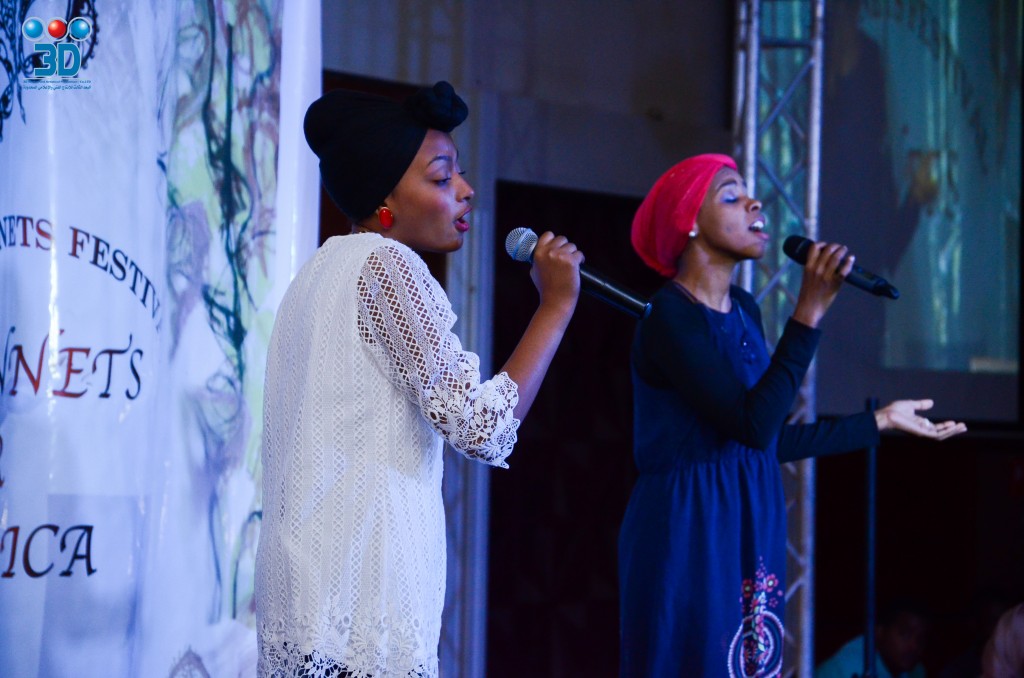 The energy ricocheted throughout the hall. The crowd whooped and cheered sporadically – identifying passionately with diverse poems and proclamations that seemed to resonate with their own experiences. It felt like we were truly striking a chord, indeed layers of chords, with layers of African Voices.

When the house lights came on 3 hours later, the atmosphere was jubilant. A standing ovation welcomed them. There was singing. There may have been tears. These incredible young artists were beaming, basking in pride, having manifested 10 days of intense creative work with fearlessness and stature. There were cultural challenges in producing this event of course – not least curtailed tech rehearsals and radio mic roulette caused by fake batteries. But even these were welcome local lessons that amplified the achievements of this remarkable group, on one remarkable evening.

The legacy of these 10 days is already propelling these young artists into new realms (including online platforms and performances at the European Parliament). The holistic combination of intrepid artistic talent, supportive peers, a fascinating theme and a unique workshop model (3 versatile facilitators and 1 filmmaker with inter-changeable roles) made this workshop programme very special indeed; a transformative experience for artists, facilitators and audiences. The dialogue continues daily on Whatsapp. The world seems a smaller place these days. These young artists, new friends, have inspired my footsteps every day since landing back in London. And that is the rarest of gems.

Air my breath. Fire my spirit. Earth my body. Water my blood. 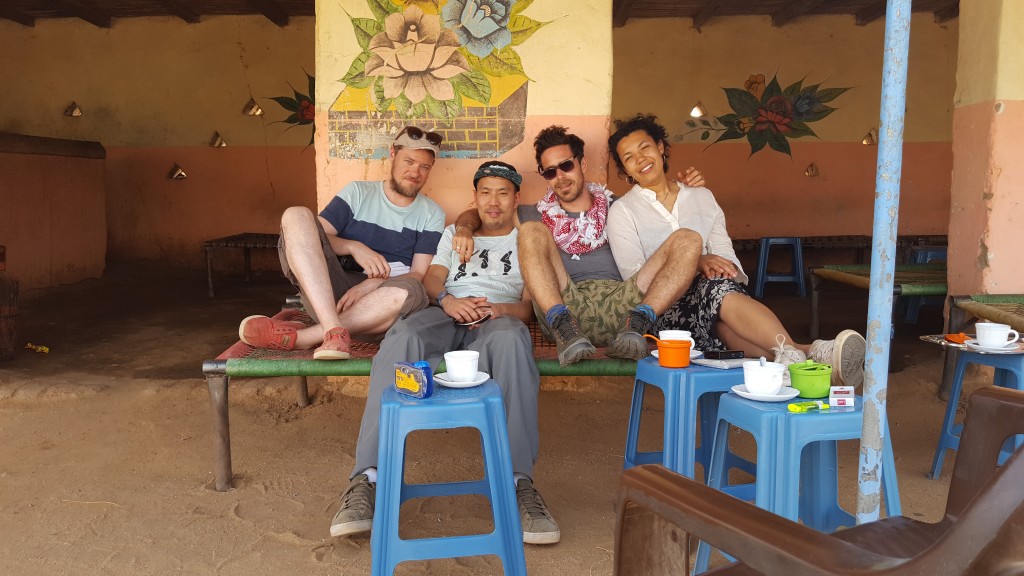 The team would like to sincerely thank the British Council Sudan, Mustafa Khogali, Matt, Will and Debo (British Council) and all the African Voices.